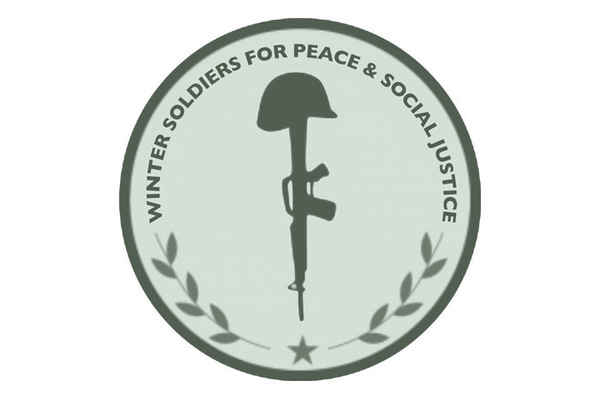 Amid concern about the role of military veterans in the January 6 siege of the Capitol and the recruitment of service members by white supremacist groups, this program will feature soldiers who have followed a different path in speaking out against racism and unjust wars from the Vietnam era to the present. The event will commemorate the Winter Soldier Investigation organized by Vietnam Veterans Against the War (VVAW) 50 years ago in February 1971, and similar hearings by Iraq Veterans Against the War (IVAW) 37 years later in March 2008.

Echoing Thomas Paine’s famous Revolutionary War passage honoring soldiers who stand with their country in time of crisis in contrast to the "summer soldier" who shrinks from duty, these winter soldiers of the past and present will address the atrocities of war and the prevalence of racism within the military and in U.S. foreign policy. The event will emphasize the relevance of these issues to the continuing struggles for racial justice and ending the endless wars of today.

The program will feature military veterans of the Vietnam War and post-9/11 eras and clips from documentary films documenting Vietnam and post-9/11 winter soldier hearings.

Adrienne Kinne, President, Veterans for Peace Board of Directors

Hart Viges, Member, Veterans for Peace, About Face: Veterans Against the War, and Sustainable Options for Youth

This webinar is co-sponsored by the Keough School of Global Affairs, About Face: Veterans Against the War, Veterans For Peace, and the Vietnam Peace Commemoration Committee.