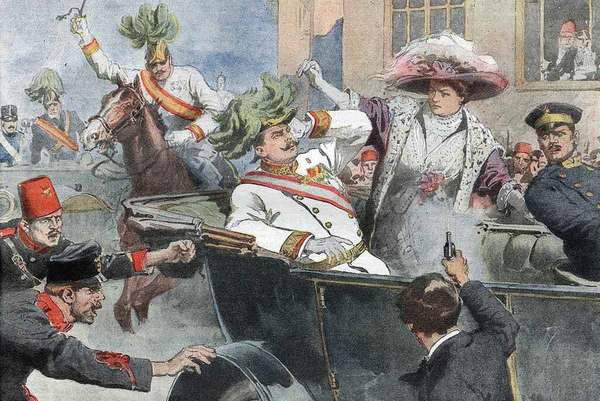 How Germans understood Austria-Hungary reveals much about their own imperial ambitions during the First World War. Historians tend to imagine that Germans perceived their ally in much the same way as many casual observers still do today: as sclerotic, anachronistic, riven by nationalist conflict, and fated to disintegrate along ethnic lines. This interpretation is misleading. Drawing upon the writings of wartime journalists and politicians, this talk argues that many influential German imperialists understood the Austro-Hungarian Empire as a model to be followed. Pointing to Austria-Hungary’s cohesion in the first months of the war, they insisted that multiethnic states were not fragile, but rather capable of enduring severe external shocks. They urged Berlin to emulate Austria-Hungary’s historically tolerant approach to governing nationally diverse space. Indeed, these German imperialists interpreted the First World War as a titanic contest between two opposing models of political organization. They framed Germany and Austria-Hungary as defenders of multinational empire, preserving the ideal of pluralism against the nationalist movements and nationalizing states which threatened to tear Europe apart. They imagined a postwar European future, in which reinvigorated multinational empires would harmonize the interests of multiple national identities, incubating cultural diversity and contributing to human progress.

Register for the lecture

(A Zoom link will be emailed to you after registration is complete.)

Mark T. Kettler is a postdoctoral research associate with the Nanovic Institute for European Studies. He serves as an instructor of European studies and assists with curricular development and undergraduate advising.

Mark is a historian of Germany and East-Central Europe who studies imperialism and colonialism to analyze larger questions of national identity and the relationship of ethnic minorities to the modern state. He is currently working on a manuscript, provisionally entitled The Knight, Death, and the Devil. The book examines the German occupation of Russian Poland in WWI, arguing that this occupation fundamentally transformed how German military, political, and intellectual elites understood the relationship between ethnic diversity and imperial stability.

Mark received his Ph.D. in history from the University of California, Berkeley, in 2018. His work has been supported by the German Academic Exchange Service (DAAD).