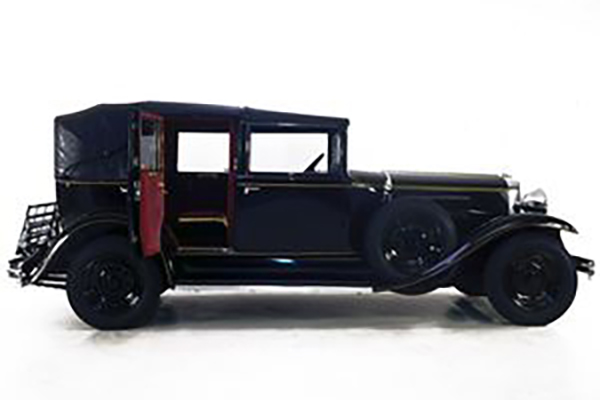 Traditionally, when a pope wanted to travel, he was carried in the sedia gestaoria: a chair carried on the shoulders of a number of attendants. However, in the 20th century, papal transportation began to be more modernized. During the priestly jubilee of Pius XI in 1929, a special automobile arrived — a Graham Paige limousine. It is a fascinating precursor to the bulletproof glass-walled vehicle which we currently associate with papal travel. Recently restored, it now resides in the Vatican Carriage Museum. Romina Cometti will lecture on its historical significance.

Cometti has served as a project manager and coordinator in the restoration laboratories of the Vatican Museums since 2007. She is also the author of “The Life of a Swiss Guard.”