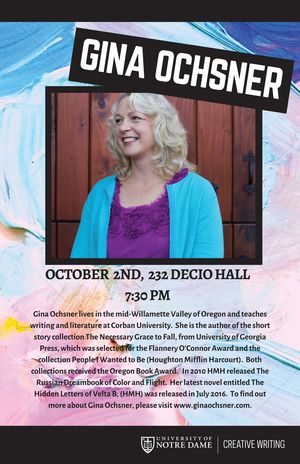 Ochsner has been awarded a John L. Simon Guggenheim grant and a grant from the National Endowment of Arts. Her stories have appeared in The New Yorker, Tin House, Glimmertrain and the Kenyon Review.

A novel entitled The Russian Dreambook of Colour and Flight received the Grub Street Book Prize in 2011 and was long listed for the Orange Prize in 2010.

Her latest novel THE HIDDEN LETTERS OF VELTA B. was released in 2016.