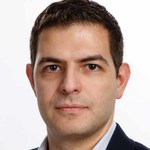 Sohrab Ahmari is an Iranian-American journalist, editor, and author. He is currently the op-ed editor of the New York Post and a contributing editor of the Catholic Herald. Previously, he served as a columnist and editor with the Wall Street Journal opinion pages in New York and London, and as a senior writer at Commentary magazine. Ignatius Press recently published Ahmari’s spiritual memoir, From Fire, by Water, about his conversion to Roman Catholicism. 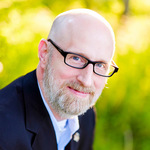 David French is a senior writer for National Review, a senior fellow at the National Review Institute, and a contributor to Time. He is a graduate of Harvard Law School, the past president of the Foundation for Individual Rights in Education, and a former lecturer at Cornell Law School. In addition, Mr. French is a veteran of Operation Iraqi Freedom. 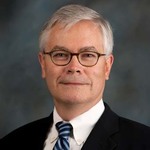 Charles Kesler is a Senior Fellow of the Claremont Institute, Editor of the Claremont Review of Books, and the Dengler-Dykema Distinguished Professor of Government at Claremont McKenna College. He is the recipient of the prestigious 2018 Bradley Prize, a high honor bestowed upon distinguished individuals who have influenced American scholarship and debate. Dr. Kesler is the author of I Am the Change: Barack Obama and the Crisis of Liberalism. His edition of The Federalist Papers is the best-selling edition in the country.

Presented by the Potenziani Program in Constitutional Studies and the Tocqueville Program.

Event is free and open to the public.

Coming from off-campus? Our building – Jenkins and Nanovic Halls – is located on the corner of Notre Dame Ave. and Holy Cross Dr. You can find us just east of the bookstore parking lot, and just north of the DeBartolo Performing Arts Center. We’d suggest parking at the bookstore (60 minutes free), or at the Walsh Architecture Visitor Parking Lot, which is a block east of our building on Holy Cross Dr., next to the new Walsh Architecture building.