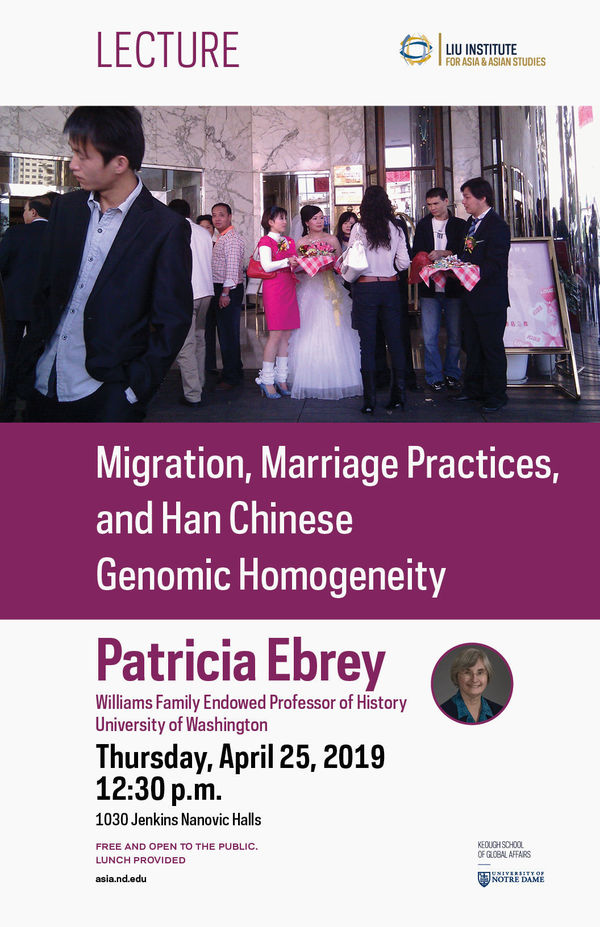 Join us for a lecture by Patricia Ebrey, Professor of History at the University of Washington.

Prof. Ebrey began the study of Chinese language and history as an undergraduate in 1966, long before Americans could go to China. Over the course of her career, she has written on a broad range of periods and topics, from the aristocratic families of the medieval period, to family, and marriage in the Song period, and then to art collecting and court culture. Her best known books are probably The Inner Quarters: Marriage and the Lives of Chinese Women in the Song Period (1993), which won the Levenson prize for the best book on pre-1900 China, and The Cambridge Illustrated History of China (1996, 2010), which has been translated into many languages. Her most recent work on Huizong (r. 1100-1125) resulted in two books. Her study of Huizong’s collections (Accumulating Culture, 2008) received the Shimada prize for the best book in East Asian art history, and was followed six years later by a 600-plus page biography, Emperor Huizong (2014). That same year she was awarded the American Historical Association’s Award for Scholarly Distinction and began planning the soon-to-appear Journal of Chinese History.

This talk starts with explaining what has been learned about the Han Chinese genome (that is, the biology of it), then offers two explanations of why the Chinese cases is so exceptional by examining migration and marriage practices.