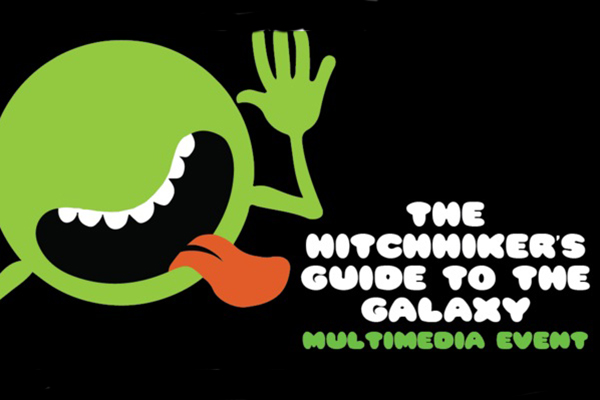 One Book, One Michiana is a regional, community-based reading initiative sponsored annually by St. Joseph County Public Library in South Bend. The program model takes the idea of a localized book discussion club and expands it to cover a whole city. The first such program was “If All of Seattle Read the Same Book” in 1998, started by Nancy Pearl at Seattle Public Library’s Washington Center for the Book. Since this time, over 400 other cities across the nation have started One Book programs.

This year’s One Book, One Michiana book title is Douglas Adams’ beloved sci-fi classic The Hitchhiker’s Guide to the Galaxy. Since its original inception as a BBC radio series, it has endeared itself to many with its humor, whimsy, and insightful reflections on humanity.

Join the Hesburgh Libraries for a lecture on the multimedia aspects of the book, try the retro video game, enter a visual representation of a few of the novel’s locations, view a display of the book’s various incarnations and formats, and enjoy snacks inspired by the Guide.

In 1984, author Douglas Adams released a video game version of his book and radio series, The Hitchhiker’s Guide to the Galaxy. A text-based adventure, the game sold extremely well, and was one of several multimedia explorations of the Hitchhiker’s universe, which included a radio program, a television series, multiple novel volumes, and eventually, a movie. This lecture will explore the Hitchhiker’s Guide “multimedia event,” with special attention on the game, its place in the early home computing era, and its legacy.

For once, try to see things from Arthur’s point of view. Visitors will have the opportunity to explore two scenes from the book through a Virtual Reality headset. A live stream from the headset will also be projected on one of the Visualization Lab’s large screens. If you are nervous or begin to experience any motion sickness, Don’t Panic.

Snack & Refreshments
Visit the restaurant at the end of the universe for intergalactic snacks.