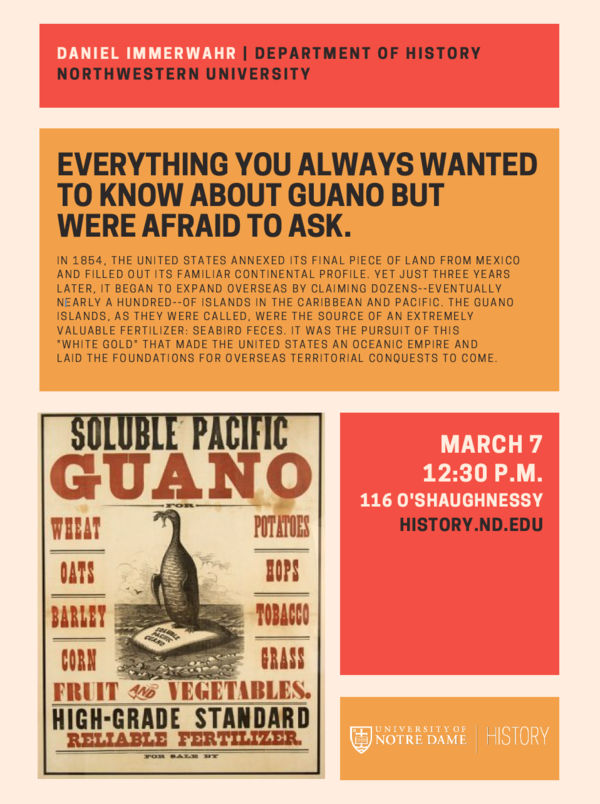 In 1854, the United States annexed its final piece of land from Mexico and filled out its familiar continental profile. Yet just three years later, it began to expand overseas by claiming dozens—eventually nearly a hundred—of islands in the Caribbean and Pacific. The guano islands, as they were called, were the source of an extremely valuable fertilizer: seabird feces. It was the pursuit of this “white gold” that made the United States an oceanic empire and laid the foundations for overseas territorial conquests to come.

This talk is sponsored by the Department of History.