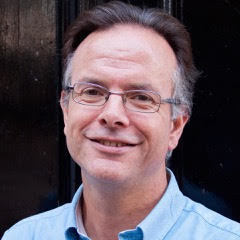 In this lecture, David Clough identifies the need for urgent action concerning our treatment of other animals, especially in relation to the rapid expansion of industrial animal agriculture, which is having devastating impacts on the lives of farmed and wild animals, human health, and the environment. He makes the case that Christians have specific faith-based reasons for being concerned about this crucial issue, on the basis of broad biblical and doctrinal commitments affirming God as the creator, sustainer, and redeemer of all creaturely life. David argues that Christians have the opportunity to play a leading role in responding to this challenge, and he encourages audiences to take concrete practical action expressing a Christian regard for fellow animal creatures.
Clough will introduce the second volume of his landmark work, On Animals. Building on the theology of animals developed in Volume I, the book challenges Christians to recognize serious faith-based reasons to rethink their practice in relation to other animals, especially in relation to our use of them for food.

He is touring North America during February 2019 to set out the challenging core message of the book for Christian thought and practice. Don’t miss this rare opportunity to hear his engaging and inspiring words. Paperback copies of Volume II will be on sale exclusively at book tour events.

David Clough is Professor of Theological Ethics at the University of Chester and has just finished a term as President of the Society for the Study of Christian Ethics. He co-wrote Faith and Force: A Christian Debate about War (2007), debating just war and pacifism in a 21st century context, and has recently completed the two-volume monograph On Animals (2012, 2018), on the place of animals in Christian theology and ethics. He is the founder of CreatureKind, a project aiming to engage Christians with farmed animal welfare, and Principal Investigator for a three-year UK Research Council funded project on the Christian Ethics of Farmed Animal Welfare in partnership with major UK churches and Compassion in World Farming. He is a Methodist lay preacher and has represented the Methodist Church on national ecumenical working groups on the ethics of warfare and climate change.

About On Animals On Animals is David’s landmark two-volume academic monograph on the place of animals in Christian theology and ethics. Volume I was described by one reviewer as: “indisputably the most important and comprehensive theological treatment of animals to have appeared in any language at any time in the Christian tradition.” Senior Christian ethicists endorsing Volume II call it “remarkable and invaluable,” “the definitive work on the subject for many years” (Carol Adams), of “astonishing” reach (Margaret Farley), “the most significant Christian theological and ethical treatment of animals in the history of Christian ethics’ that will have ’a revolutionary impact on lived Christian behavior” (David Gushee), and “a redefining moment for how we should teach theology…and live with our animal-kin” (Willie Jennings). Free and open to the public. Light reception following.