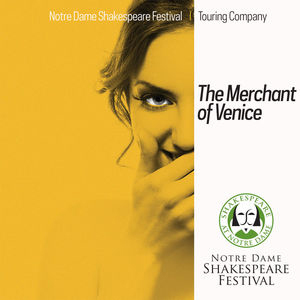 Bassanio is in a bind. He’s in debt to his dear friend Antonio, and now needs even more cash to woo the wealthy woman Portia. Bassanio’s strategy forces Antonio to borrow from Shylock, and if they fail to repay him, Shylock’s legal bond comes due: one pound of Antonio’s fair flesh. Shakespeare’s inimitable slapstick comedy, featuring a controversial yet sympathetic villain, leaves you wondering who’s truly guilty. “The Merchant of Venice” is a hilarious, poignant comedy never to be missed on stage.

This grand finalé performance of the 2018 Notre Dame Shakespeare Festival’s Touring Company production of “The Merchant of Venice” will take place in front of the Main Building (on the Quad).