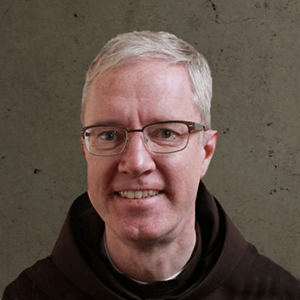 Is it still possible to speak of a worldview? To speak of everything that there is and all of God’s creatures, and to claim to be able to speak of it all as if sharing from His perspective? Of course, the short answer has to be “no.” Anything else would betray ignorance of the catastrophic failures of modernity and the havoc wrought by those who wanted to renew the world in their image of it. Yet, there is science, and physics in particular, and its claim to speak of all that there is—or at least all of which we can speak, all that is important. A narrative of the whole cosmos, beginning in a hot and dense singularity in the distant past and ending in a remote future of cold emptiness in which all existence has ceased, with us somewhere in the middle of it all, neither implied in the beginning nor remembered at the end. The success of science must not be denied. However, we must either rise to its challenge or yield to the disenchanted modernism of a scientistic worldview. For those like myself, people of faith who wish to engage those who do not share it, science is both a challenge and an opportunity. Science challenges us, by removing the significance of our lives from the narrative of the cosmos. But it is also an opportunity, as science reminds us that we can, in spite of it all, speak of the whole in meaningful ways. The truth, even ultimate truth, is not entirely beyond our ability to comprehend, and we have at least gotten hold of a part of it. But how does it fit into a bigger picture, one that includes the importance of our lives as human persons, in relationship with each other and with God? In this lecture, I want to draw your attention to some specifically Franciscan contributions that help us to see how the focus on the human person must remain the starting point of our understanding, including science.

Father Joachim Ostermann is a Franciscan Friar, a scientist, and a person very much interested in everything that shows how science and Christian faith support each other. Prior to entering religious life, he earned a PhD in biochemistry from the University of Munich in 1990 for his work on mitochondrial biogenesis. After postdoctoral work in cell biology at the Sloan Kettering Institute, he became an assistant professor of biochemistry at Vanderbilt University. In 2001, he moved to Canada to work in research management positions in the biotechnology industry. In 2008, he joined the Order of Friars Minor. He professed his solemn vows in 2013 and was ordained to the priesthood in 2014. Now his research interests are in philosophy of science and religion and the implication of the scientific worldview on the religious understanding of the human person.

https://ee.nd.edu/events/faith-and-science-from-a-friars-perspective
Sponsored by the Department of Electric Engineering.