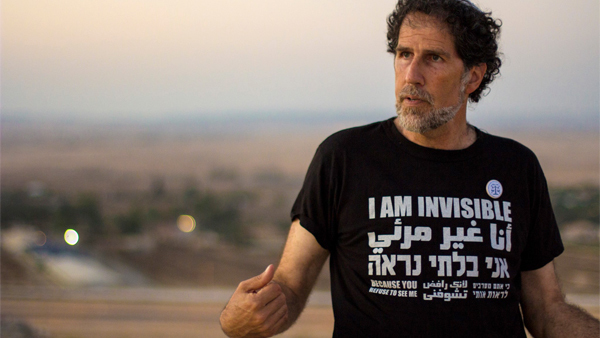 Founder and Director of Torat Tzedek (Torah of Justice)

Torat Tzedek (Torah of Justice) is an Israeli human rights NGO founded in September 2017 by Rabbi Arik Ascherman, who led Rabbis for Human Rights for 21 years. Its goals are to strive for a society that honors God’s image in every human being, and for the human rights that this necessitates, and to educate society that honoring God’s image in every human being, protecting human rights and taking concrete action to further these goals is a human and religious obligation in general, and in particular a Jewish religious obligation. For many who support a human rights agenda in Israel and around the world, Rabbi Ascherman serves as a role model, demonstrating that it is both possible and obligatory for a religious Jew to work for universal human rights and uphold international law, based on the Jewish tradition.

Rabbi Arik Ascherman, graduated from Harvard University in 1981 and from 1981-1983 worked for Interns For Peace, a community work program that sought to bring Israeli Jews and Arabs together in positive interaction. For most of this time Rabbi Ascherman lived in the Israeli Arab village of Tamra. He was ordained by HUC-JIR in New York in 1989.  At HUC-JIR he helped set up a student-faculty soup kitchen, and worked on issues of advocacy for the homeless. Rabbi Ascherman served as the director of Hillel at U.C. Davis from 1989-1991, as the rabbi of Temple Beth Hillel in Richmond, CA from 1991-1994, Director of Congregation Mevakshei Derekh in Jerusalem from 1994-1997 and rabbi of Kibbutz Yahel from 1997-2000. While in Richmond, Rabbi Ascherman set up a homeless shelter rotating between Beth Hillel and local churches. He and his wife worked with nascent congregations as the Former Soviet Union was breaking up.

Beginning in 1995 Rabbi Ascherman served as co-director of Rabbis For Human Rights, becoming executive director from 1998-2010, and then “President and Senior Rabbi.”

Rabbi Ascherman is a symbol of hope to many Israelis and Palestinians, and internationally recognized as a leading advocate for human rights and social justice as a religious, Jewish and Zionist obligation. He has often put himself at physical risk, and several times stood trial for acts of civil disobedience. Rabbi Ascherman has received numerous awards and recognitions for his human rights work, as did Rabbis For Human Rights under his leadership. He is frequently quoted in the press, writes numerous op-eds, is a sought after lecturer, and has contributed chapters to several books.