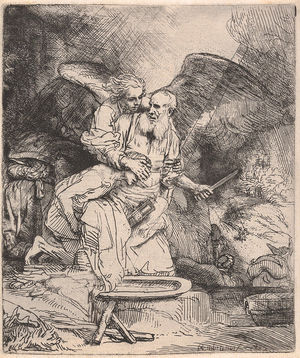 Larry Silver, Farquhar Professor of Art History at the University of Pennsylvania.

Dutch seventeenth-century painting, primarily known for its naturalism, posed particular problems for a painter of religious stories like Rembrandt.  As this lecture will show, angels often participate in religious events, present in the Old Testament, although  their presence diminishes across time, as God––and angels as His agents––become less visible and interact less directly with humankind in later biblical history.  With the advent of Christ in the New Testament, angels give way to the divine nature of Jesus in the world, though they sometimes accompany significant moments in the Gospels as well.