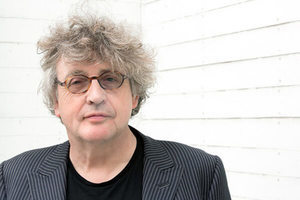 Paul Muldoon is the Howard G.B. Clark '21 University Professor in the Humanities at Princeton University and the Founding Chair of the University's Lewis Center for the Arts. Now Director of the Center's Atelier, he is also a Professor of Creative Writing.

Born in County Armagh, Northern Ireland, and educated in Armagh and at the Queen's University of Belfast, Professor Muldoon was appointed Poetry Editor of The New Yorker in 2007. Between 1999 and 2004, he was Professor of Poetry at the University of Oxford, where he is an honorary Fellow of Hertford College. He has won several major poetry awards, including the Pulitzer Prize for Poetry in 2003.