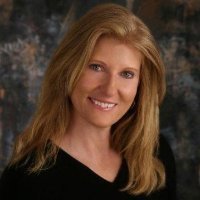 When Joni Hamson graduated with a degree in electrical engineering, she never expected to end up where she is today, the current director of business development at EDF Renewable Energy. Using her personal career path, Joni will highlight energy career opportunities while updating the audience on the current and future state of renewables, especially wind and solar. This will be a non-technical presentation, touching on the state of solar and wind, moving energy around the grid, and comments on how policy and public perception affect the future of renewables.

Joni Hamson began her career as an electric engineer at Minnesota Power, shifting to the wholesale marketing and trading arena ten years later. She also worked for Avant Energy as a manger of power origination before joining EDF Renewable Energy in 2010. In her current position as director of business development, she identifies and develops business lines in renewables. She earned a Bachelor of Science from North Dakota State University.

EDF Renewable Energy is a leading power producer in the U.S. with over 30 years of experience in renewables. They are involved in all phases of project development, energy generation, operations and maintenance, and asset management. The parent company, EDF Group, is the top producer of renewable electricity in Europe and has 37.1 million clients plus 154,845 employees worldwide.