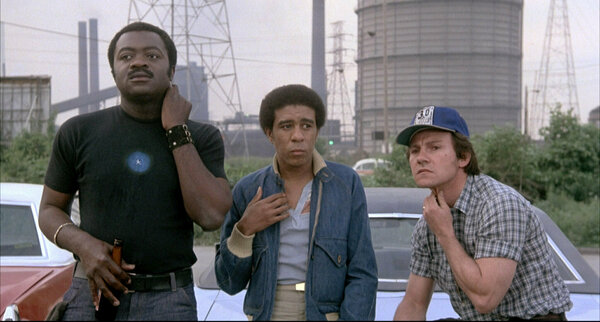 Paul Schrader's directorial debut, Blue Collar explores the resignation, pessimism, and economic hard times confronting American workers in the late 1970s, a labor parallel to the post-Watergate political films characteristic of Hollywood in the same years. Through the perspectives of three male autoworkers — one white and two black — the movie raises troubling questions about corporations, unions, cities, masculinity, racism, and the American dream in the context of the hangover following the longest economic boom in US history.

The Higgins Labor Program's FILM CLASSics series features important films — at least one per semester — that probe questions of work, class, economics, identity, politics, daily life, and solidarity. Whether old or new, celebrated or obscure, famous or forgotten, these titles merit presentations in a social setting and on a big screen.

This event is free for those who register in advance.