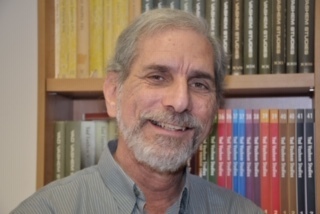 The Center for Social Concerns' annual Rev. Bernie Clark, C.S.C., Lecture will feature Holocaust researcher, David Silberklang, Ph.D. The talk will look at the importance of Jews' efforts during the Holocaust to maintain human dignity and human life in the face of overwhelming forces and impossible odds arrayed against them.

David Silberklang, Ph.D., is senior historian at the International Institute for Holocaust Research at Yad Vashem.  He also teaches at the University of Haifa’s Weiss-Livnat International MA Program in Holocaust Studies and at the Rothberg International School of the Hebrew University of Jerusalem, and he has been a visiting professor at various universities around the world.

David represented Israel at the International Holocaust Remembrance Alliance for twelve years, as a member and chair of the Academic Working Group, a member of the Committee on Antisemitism and Holocaust Denial, and numerous other steering committees and planning teams.

Among his past functions at Yad Vashem, David was editor of the scholarly journal Yad Vashem Studies for 23 years; was editor-in-chief of publications; series editor of The Holocaust Survivors’ Memoirs Project; and chief historian of the Museum Development Project. In the last capacity, he wrote the extensive conceptual historical outline that served as the basis for the content of Yad Vashem’s Holocaust History Museum.

David has published widely on the Holocaust and his book, "Gates of Tears: The Holocaust in the Lublin District" was a finalist for the National Jewish Book Award and for the Yad Vashem International Book Prize in Holocaust Research.

This event is cosponsored by Notre Dame International.