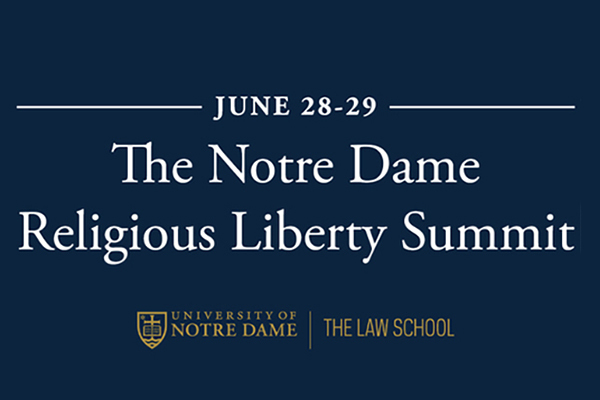 The Notre Dame Religious Liberty Summit will be an annual gathering of the foremost thought leaders on religious liberty. The summit will stimulate engaging conversations between scholars, advocates, and religious leaders about the future of religious liberty in the United States and around the world.