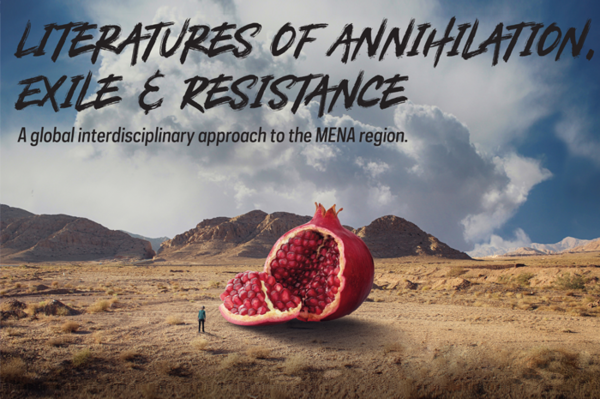 RSVP for the reading >>>

Featuring two readings and a conversation between the authors:

Michel Hockx is Professor of Chinese Literature and Director of the Liu Institute for Asia and Asian Studies at the University of Notre Dame. His research focuses on modern and contemporary Chinese literary and cultural communities, their publications, their values, their relationship to the state, and their representation in history. His most recent book publications are Women and the Periodical Press in China’s Long Twentieth Century (co-edited with Joan Judge and Barbara Mittler, Cambridge UP, 2018) and Internet Literature in China (monograph, Columbia UP, 2015)

La Donna L. Forsgren is an associate professor in the Department of Film, Television, and Theatre at the University of Notre Dame. Her research reclaims black women’s intellectual, artistic, and activist traditions within US theatre and society. She is the author of In Search of Our Warrior Mothers: Women Dramatists of the Black Arts Movement (Northwestern University Press, 2018) and Sistuhs in the Struggle: An Oral History of Black Arts Movement Theater and Performance (Northwestern University Press, 2020).

This conversation will be moderated by Nan Z. Da, Assistant Professor of English at the University of Notre Dame.

Nan Z. Da is an assistant professor of English at the University of Notre Dame. She works on Chinese and American literature from the nineteenth-century, as well as literary and social theory, to address the truth-telling capacities of literary criticism, and its uses for understanding counterintuitive social dynamics behind our cross-cultural encounters. This work also extends into methodological inquiries into the relationship between literary interpretation and data science. She is the author of Intransitive Encounter: Sino-US Literature and the Limits of Exchange (Columbia University Press, 2018) and edits, with Professor Anahid Nersessian, the Thinking Literature series housed at the University of Chicago Press.

Literatures of Annihilation, Exile & Resistance: An Interdisciplinary Approach to the Global Middle East and North Africa is a bi-annual symposium and lecture series that focuses on the study of literatures that have been shaped by histories of territorial and linguistic politics, colonialism, military domination and gross human rights violations. The initiative grapples with the constructed nature of history; reimagines American and global history from the position of suppressed voices; and examines how minoritized writers and scholars have historically innovated literary production and theory in the process of responding to systemic violence.

We dedicate this series to all of the people around the world whose lives have been adversely affected by COVID-19 and who have long battled the social, spiritual, physical, and material injustices that the pandemic has further exacerbated. It is our hope that these conversations will be a small source of light and solidarity through the double pandemic of racism and COVID.

Literatures of Annihilation, Exile & Resistance, launched by Azareen Van der Vliet Oloomi, is co-sponsored by the College of Arts & Letters, the Keough School of Global Affairs and the Kroc Institute for International Peace Studies.

Kroc Institute faculty members Asher Kaufman, Ebrahim Moosa, Atalia Omer, and Ernesto Verdeja also serve on the advisory board for the series. In addition, the advisory board includes College of Arts and Letters faculty members Alison Rice, Perin Gürel, Barry McCrea, Francisco Robles, Olivier Morel, Ernest Morrell, and Mark Sanders.  This initiative would not have been possible without the contributions of advisory board member Chana Morgenstern, Lecturer in Postcolonial and Middle Eastern Literatures, Faculty of English, Cambridge University.

Other events in the series will take place on October 2 and November 6.