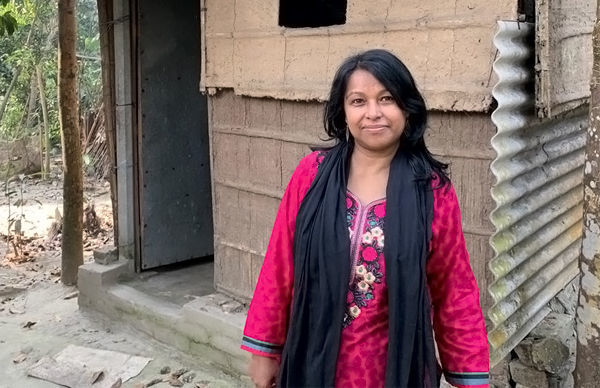 No Place for Children: Untangling Refugee Bodies and Navigating through 'Crisis' in Humanitarian Protection

The now-iconic image of three-year-old Aylan Kurdi’s body washed up on a beach in Turkey in September 2015 sparked a public outcry and turned global attention to Europe’s refugee emergency. In 2017, the image of Aylan was replaced with that of a one-year-old unnamed Rohingya boy’s lifeless body lying on the muddy shores of the Naf river along the Bangladesh-Myanmar border. In 2018, it was an image capturing the fear and anguish of a two-year-old Honduran girl as her mother was searched near the United States-Mexico border. While these children have quickly gone unremembered in public discourse, the recurrent narrative of a very large number of refugee and asylum-seeker children’s bodies as displaced, missing, separated, and dead invokes anxiety, demands our attention, and underlines a central problem – we simply do not know enough about the dynamics and complexities of children on the migration pathway.

How can we make sense of these constructions of the innocence and vulnerability of refugee bodies, and the contradictory state practices and strategies that exacerbate protection risks for children? This presentation will begin with insights from three recent global emergencies, and will reflect on how evidence-based research and experiential learning can be used to strengthen global protection mechanisms. It explains that while the dominant discourses that frame the global north as donors and the global south as recipients are often based on colonial and racialized power hierarchies, humanitarian emergency responses can transform these power dynamics. Successive policy measures and humanitarian operations undertaken in countries where a large number of refugees reside offer a typology of global south cooperation instruments used by states, civil society actors, and international community to advance robust protection measures.

D’Costa is professor of international relations and peace and conflict studies specialist at the Australian National University and engaged in humanitarian peacebuilding efforts around the world. Her research and practice focuses on the intersections between politics, human rights, and security in Asia, with particular emphases on gender justice and global migration.

D’Costa’s current and past research topics include peacebuilding, justice and war crimes trials; human security and borders; gender, security and conflict; children and war; and the role of non-governmental organizations (NGOs) in social movements. She has undertaken extensive field research on children’s rights and the impact of violent conflict on “war babies,” focusing especially on children born during the 1971 War of Liberation in Bangladesh and children born during the partition of India.  Based on field research and primary data that included 4,000 interviews carried out over a period of nine years in Afghanistan, Bangladesh (the Chittagong Hill Tracts), Burma/Myanmar, India (Kashmir, Ladakh), Pakistan (KPK, Balochistan, Sindh), Nepal, and Sri Lanka, D’Costa has published a co-authored book with John Braithwaite entitled, Cascades of Violence: War, Crimes and Peacebuilding in South Asia (2018). This is one of the most extensive and in-depth studies ever carried out in the region.

In addition to research, D’Costa is also involved in policy-oriented work, especially related to questions of human security, borders, and global migration. She has provided input on two global compacts on migration and refugees. She focuses on advocating for human rights and just policies for refugees, internally displaced persons and stateless people throughout South Asia, and has worked with indigenous groups in the Chittagong Hill Tracts (CHT) in Northeast India and alongside Rohingya, Tamil and Afghan refugee networks.

As a United Nations staff member, D’Costa has worked in regions including East Africa, the Horn of Africa, Europe and Asia-Pacific. She has also served on three global emergency response teams for the United Nations Children’s Fund (UNICEF) in Europe, the Horn of Africa and, most recently, as a member of the Rohingya Emergency Response Team working on strategies to support displaced persons during the crisis in Burma.

D’Costa is a member of the CHT Commission, a human rights body for indigenous groups in the CHT, Bangladesh, and the United Nations Development Programme Gender, Crisis Prevention, and Recovery expert panel. She is also part of the Advisory Council for the International Center for Gender, Peace, and Security.

She is the author of several books, including Nationbuilding, Gender and War Crimes in South Asia (Routledge, 2011 & 2013); Children and the Global Politics of Conflict (co-authored with Kim Huynh and Katrina Lee Koo, Cambridge University Press); and Children and Violence: Politics of Conflict in South Asia (edited by Bina D'Costa, Cambridge University Press 2015). Her forthcoming book will focus on political violence and human rights movements in South Asia.