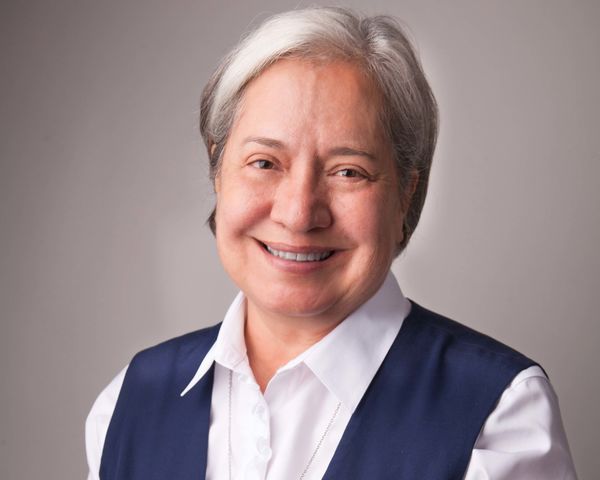 The 2020 Rev. Bernie Clark, C.S.C., Lecture will feature Sr. Norma Pimentel, M.J., winner of the 2018 Laetare Medal. Pimentel has worked extensively to provide services for refugees and immigrants at the U.S.-Mexico border and is herself the daughter of Mexican immigrants. This lecture will place the fight for human dignity as a central component to the Christian faith, with a particular emphasis on immigration at the border.

This virtual event can be accessed through the center's website: socialconcerns.nd.edu/bernieclark

Norma Pimentel is a sister with the Missionaries of Jesus and a licensed professional counselor. As Executive Director of Catholic Charities of the Rio Grande Valley, she oversees the charitable arm of the Diocese of Brownsville, providing oversight of the different ministries and programs in the areas of emergency assistance, housing assistance, counseling, and pregnancy care to all four counties in the Rio Grande Valley.

Sister Norma chairs the local Emergency Food and Shelter Program that distributes federal funds to local agencies providing assistance to the area’s poor. She also leads efforts in the community that responds to emergency needs and provides relief in times of disaster and crisis. She was instrumental in organizing community resources to respond to the surge of Central Americans seeking asylum in the United States and setting up Humanitarian Respite Centers in McAllen and Brownsville, Texas in June 2014.

These efforts brought Sister Norma recognition as a recipient of the 2015 Martin Luther King, Jr. “Keep the Dream Alive” Award from Catholic Charities USA and a nomination for “Texan of the Year”. In March, 2015, she spoke at the UN Headquarters in New York City at the invitation of the Permanent Observer of the Holy See to the United Nations.

During the U.S. Papal visit, Sr. Norma met with Pope Francis in New York City and presented him with one of her original paintings which depicted an immigrant mother and child. She was first introduced to Pope Francis in August 2015 via a “virtual town hall” arranged by ABC news which later aired in a one-hour special edition of “20/20”. In December 2015, Our Sunday Visitor named Sister Norma as one of eight Catholics in the Year, “men and women, religious and lay—who made an indelible mark in 2015”.

Before overseeing Catholic Charities of the Rio Grande Valley, Sister Pimentel was one of the leaders who directed Casa Oscar Romero, a refugee shelter in San Benito and later Brownsville for Central Americans fleeing their war torn countries in the 1980s. The shelter provided emergency relief and temporary housing for hundreds of thousands of refugees.

The annual Rev. Bernie Clark, C.S.C., Lecture was created by the Center for Social Concerns in 2009 in order to highlight the issues and themes within the Catholic social tradition, and to inspire students to live out Fr. Bernie’s words of promoting social justice. This fall event honors Fr. Bernie who died young but influenced students with the life lesson of a “Theory of Enough.” Past speakers have been men and women influential upon the Catholic social tradition.