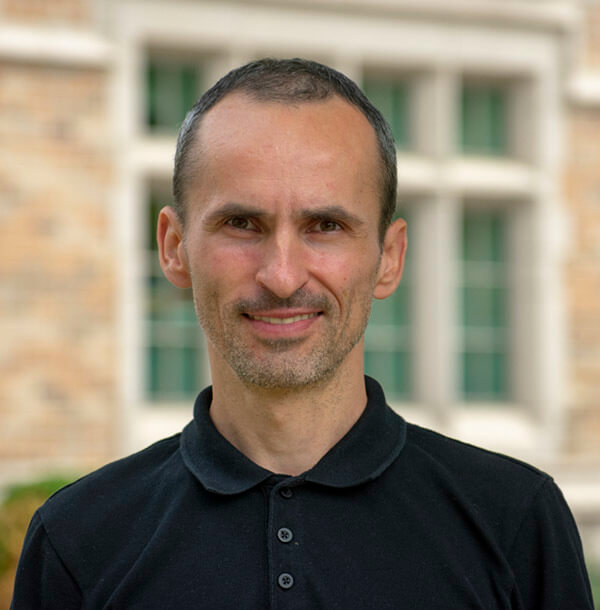 Pavol Hurbánek, lecturer in the Department of Geography at the Catholic University in Ružomberok, Slovakia, will give a lunchtime talk entitled, "Front-Runner or Laggard? Slovakia and Eastern Europe After 30 Years of Freedom."

Lunch will be available while supplies last. Free and open to all.

After earning his Master's degrees in geography, first at the Comenius University in Bratislava and then at the University of Nebraska at Omaha, Pavol Hurbánek received his Ph.D. in human geography from the Comenius University in Bratislava, where he later served as an assistant professor. Before coming to Ružomberok, he was a Marie Curie research fellow at the University of Southampton. While at Notre Dame, he will continue his line of research on spatial inequalities of social, economic and cultural characteristics in Europe and on spatial distribution of population and built-up areas.

The revolutions of 1989 in Central and Eastern Europe mark the beginning of transitions from socialist regimes with centrally planned economies to democracies with market economies. In most cases without violence, people went to the streets to fight for freedom and a better quality of life. Have the processes that followed resulted in the desired outcome? How do the countries of the region differ from each other? The presentation will discuss various geographical, social, economic and cultural aspects of the recent developments in Slovakia and other Eastern European countries that joined the European Union in the current millennium.