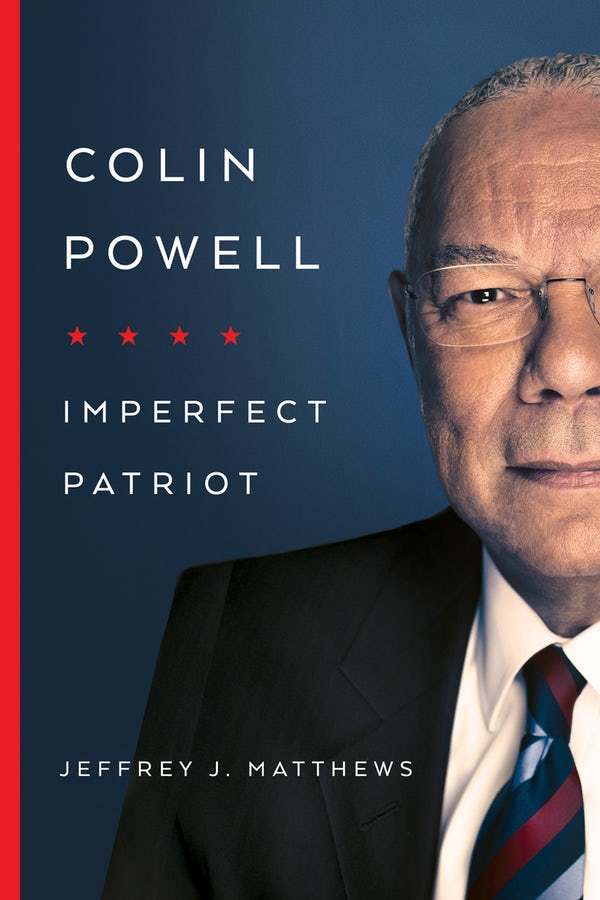 American historian and author Jeffery J. Matthews will sign copies of his book Colin Powell: Imperfect Patriot at the Hammes Notre Dame Bookstore. The book is written for a broad readership, and will be of special interest to readers of military history, political biography, and leadership.

Military Heritage reviewed the book, saying, “This work . . . covers the lofty career of Powell who eventually became chairman of the Joint Chiefs of Staff and Secretary of State. The author highlights both the successes and failures of his subject, revealing a human being navigating the complexities of leadership and power at the highest levels.”

Malcolm Byrne, deputy director of the National Security Archive, called the book, “a compelling, clear-eyed portrait of one of the more magnetic figures in modern American politics." Byrne goes on to say, "But this is no hagiography. Consisting of equal parts admiration and critical scrutiny, it is a tough and insightful portrayal of a commanding personality who was capable of both towering professional achievements and astonishing failures of judgment and ethics.”

Jeffrey J. Matthews is the George Frederick Jewett Distinguished Professor at the University of Puget Sound in Tacoma, Washington. He teaches American history and leadership, and has written or edited three previous books, including Blacksheep Leadership and The Art of Command: Military Leadership from George Washington to Colin Powell.

The book signing is open to the public.