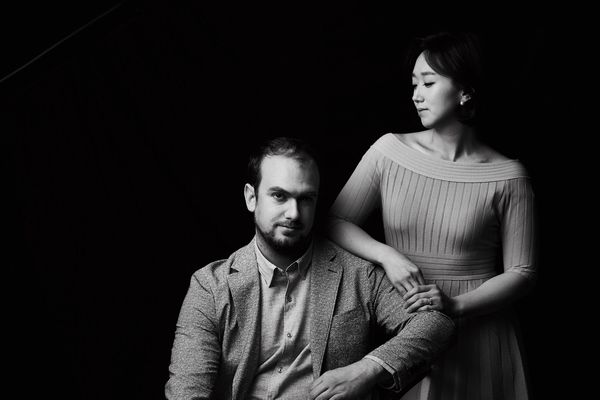 “The Sound and the Fury” Music for violin and piano

This concert will include works by Arvo Parte, Edvard Grieg, Leos Janacek, and Antonin Dvorak.

The award-winning Shea-Kim duo was formed in 2014 by husband and wife duo Brendan Shea and Yerin Kim. Since then, they have toured the world, performing in Belgium, Italy, Canada, South Korea, and the United States. Their most recent award was a gold medal at the Manhattan International Music Competition. Their performances have been broadcasted on Klara Continuo in Belgium, PBC in Seoul, WUFT Classic in the USA. Their debut performance in Seoul, South Korea was recorded live and published by Ark Studio. Their latest project, “The Sound and the Fury”, will be released in early 2020. The Shea-Kim duo also regularly appears at several noteable music festivals, including the Annapolis Chamber Music Festival, the Anchorage Chamber Music Festival, the Harborfront Chamber Music Festival, and are co-founders of the Chamber Orchestra Intensive at Indiana University, South Bend. The duo is also actively involved in promoting chamber music to a broader community and audiences and recently joined the Artist roster of Music and Familiar Spaces, a worldwide chamber music management that promotes innovative and accessible concerts to communities around the globe. The duo also founded and direct a sensory-friendly concert series that provides high-quality chamber music for individuals and families with autism. This series now serves and performs for audiences in New York, St.Louis, and South Bend, Indiana. In addition to their performance activities, both Shea and Kim are on the faculty at the University of Notre Dame, Indiana, teaching applied violin, piano, and chamber music.

This concert is free and open to the public.