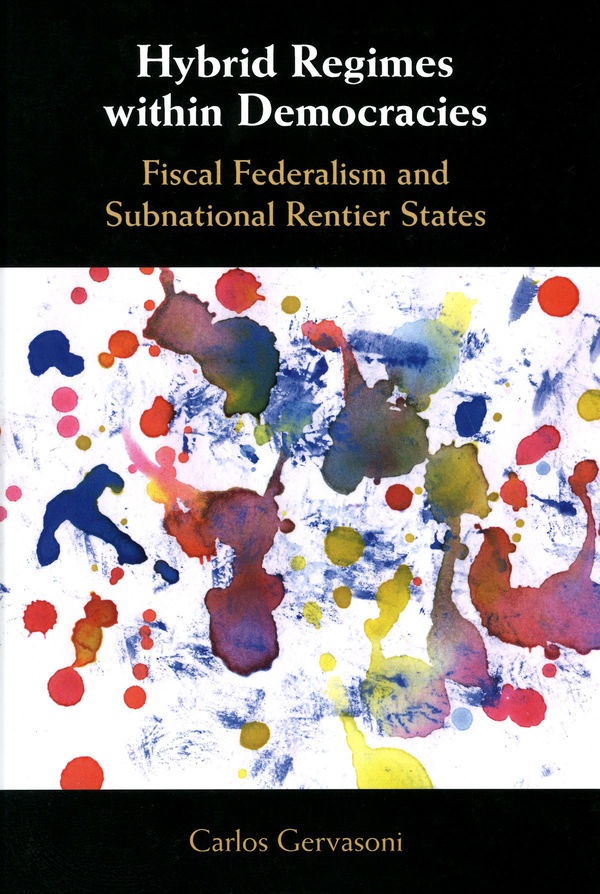 From the racially segregated ‘Jim Crow’ U.S. South to the many electoral but hardly democratic local regimes in Argentina and other federal democracies, the political rights of citizens around the world are often curtailed by powerful subnational rulers. Hybrid Regimes within Democracies: Fiscal Federalism and Subnational Rentier States (Cambridge University Press, 2018) by former Kellogg PhD Fellow Carlos Gervasoni builds on doctoral research conducted with Kellogg Institute support and presents the first comprehensive study of democracy and authoritarianism in all the subnational units of a federation. Focusing on Argentina, the book also compares seven other federations including Germany, Mexico, and the United States. The in-depth and multidimensional description of subnational regimes in all Argentine provinces is complemented with an innovative explanation for the large differences between those that are democratic and those that are ‘hybrid’ – complex combinations of democratic and authoritarian elements. Putting forward and testing an original theory of subnational democracy, Gervasoni extends the rentier-state explanatory logic from resource rents to the more general concept of ‘fiscal rents’, including ‘fiscal federalism rents’, and from the national to the subnational level. Gervasoni will introduce the normative motivations, connections to the literature, main empirical findings, and policy implications of the book, while Kellogg discussants Michael Coppedge, Scott Mainwaring and Virginia Oliveros will offer commentary.

Copies of the book will be available for purchase after the panel.

Presented by the Kellogg Institute for International Studies.