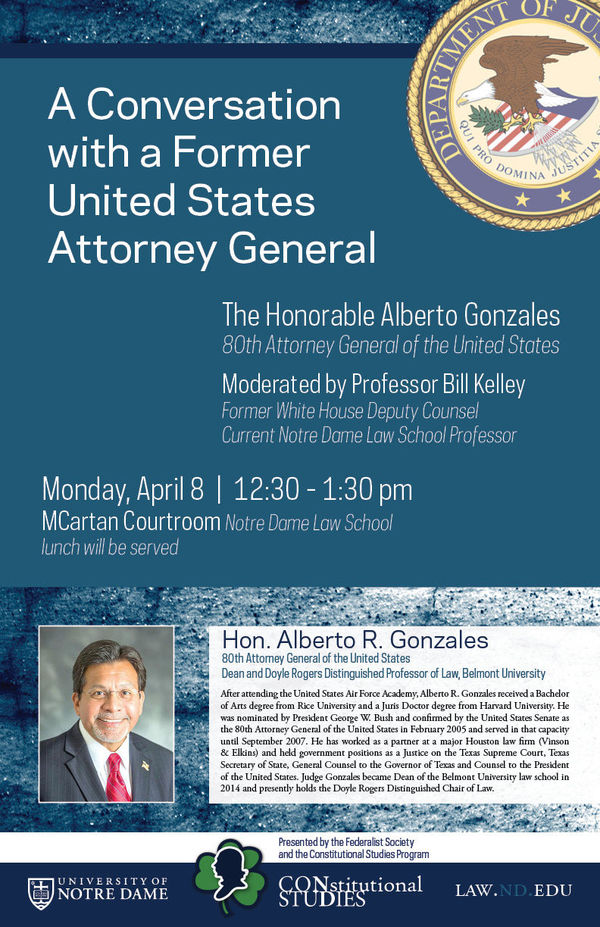 The Honorable Alberto Gonzales will discuss current issues and other topics as former Attorney General.

Alberto R. Gonzales was appointed by President George W. Bush to serve as the 80th Attorney General of the United States in February 2005, and served in that capacity until September 2007. He has worked as a partner at major Houston law firm Vinson & Elkins, as well as served on the Texas Supreme Court, as Texas Secretary of State, as General Counsel to the Governor of Texas and as Counsel to the President of the United States. Judge Gonzales became Dean of Belmont Law School in 2014, where he teaches courses on constitutional law, the First Amendment, national security, and the separation of powers.