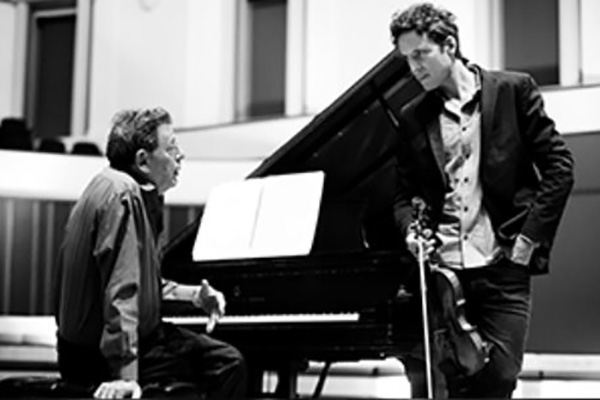 Regarded as one of the most influential composers of today, Philip Glass’s works include music for opera, dance, theater, chamber ensemble, orchestra, and film. Among those debuted in 2017, he composed the music for Jane, a documentary on the groundbreaking work of primatologist Jane Goodall, and the world premiere of Symphony No. 11. Upcoming commissions for Glass include the highly-anticipated Symphony No. 12, based on the album Lodger and the completion of the David Bowie and Brian Eno Berlin Trilogy.

Part I
Composer Philip Glass performs an intimate duet evening of chamber music with dynamic young violinist Tim Fain in an all-Glass program featuring works for solo piano, solo violin, and duets featuring both musicians. One of the few musicians for whom Glass has composed solo material, Fain was recently selected as one of Symphony and Strad magazine’s “Up-and-Coming Musicians.”

Glass celebrated his 80th birthday on January 31, 2017, at Carnegie Hall with the world premiere of his Symphony No. 11. His 80th birthday season featured curated programming and premieres around the globe. Now Notre Dame welcomes you to an extraordinary encounter showcasing the technically demanding Chaconne from Glass’s celebrated Partita for Violin explicitly written for Fain in 2011. 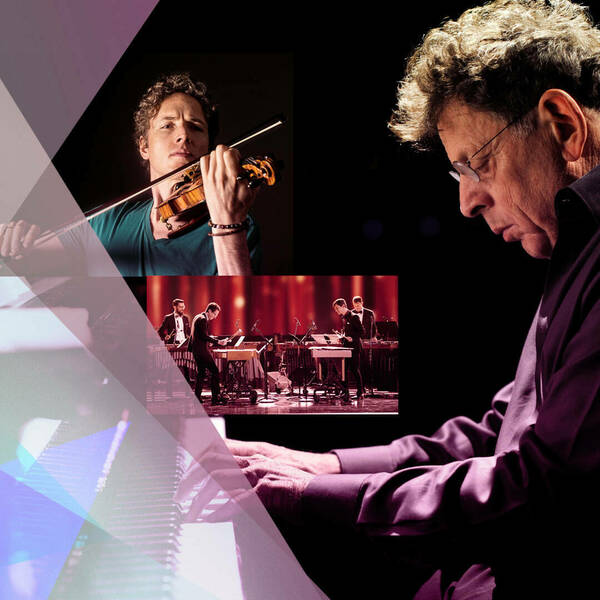 Part II
In a triumphant conclusion to their 2013–2017 tenure as Ensemble-in-Residence, Grammy winners Third Coast Percussion premiere a work composed for them by Philip Glass.

Enter·Action A series of transformational and inspiring events redefines the boundaries of artist and audience. Because whether you know or don’t know Glass’s work, as he’s said, a work alone cannot create art, but an individual’s interaction with the work can.

Thursday, March 28 at 7 p.m. | Koyaanisqatsi (1982) Browning Cinema screening immediately followed by a moderated public conversation with Philip Glass. Part of our showing of the Qatsi trilogy to include Powaqqatsi: Life in Transformation (1988) and Naqoyqatsi: Life as War (2002).