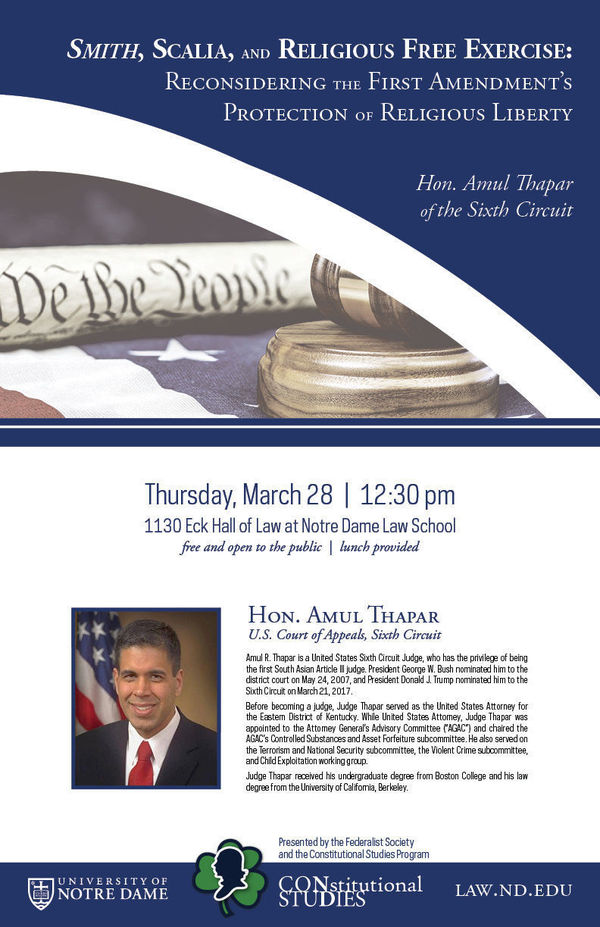 Hon. Amul Thapar serves on the U.S. Court of Appeals for the Sixth Circuit. He will be speaking on a timely topic, "Smith, Scalia, and Religious Free Exercise: Reconsidering the First Amendment’s Protection of Religious Liberty."