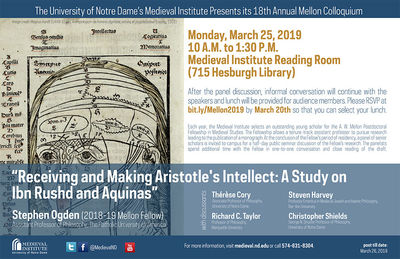 Stephen Ogden is assistant professor of philosophy at the Catholic University of America, and during his year at the Medieval Institute he will be completing his book manuscript, Receiving and Making Aristotle’s Intellect: A Study on Ibn Rushd and Aquinas. Ogden received his Ph.D. in 2015 from Yale University.