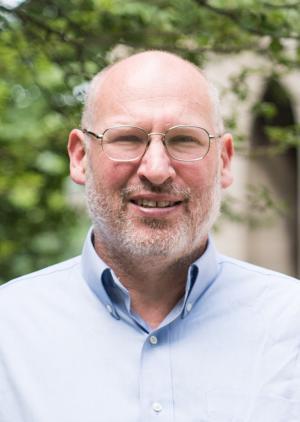 Professor Steven Pincus is the Thomas E. Donnelly Professor of British History at the University of Chicago. He specializes in seventeenth- and eighteenth-century British and European history.

In his talk on the Irish Revolution of 1782, Professor Pincus will contextualize the events of that year within the context of the Age of Revolutions. One focus will be the social, cultural, and ideological similarities between Ireland and America at this time, and why Americans severed ties with the British Empire while the Irish did not.

Professor Pincus is the author of several books on seventeenth- and eighteenth-century British history, with two of the most prominent 1688: The First Modern Revolution (Yale University Press 2009) and The Heart of the Declaration: The Founders’ Case for an Activist Government (Yale University Press, 2016).

Educated at Dartmouth College and Harvard University (Ph.D. 1990), Professor Pincus was most recently the Bradford Durfee Professor of History at Yale University and the Co-Director of Yale’s Center for Historical Enquiry and the Social Sciences before returning in 2018 to the University of Chicago, where he was a member of the faculty from 1993 to 2005.

Read more about Professor Pincus and his work