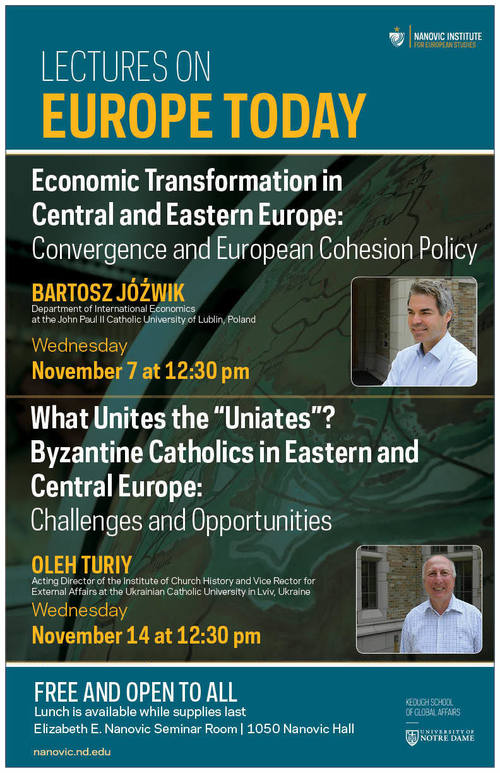 Nanovic Visiting Scholar Bartosz Jóźwik from John Paul II Catholic University of Lublin, Poland, will deliver a lunchtime lecture entitled, “Economic Transformation in Central and Eastern Europe: Convergence and European Cohesion Policy,” on Wednesday, November 7 at 12:30 p.m.  The event is free and open to all.  Lunch is provided while supplies last.

Bartosz Jóźwik is the Acting Department Head of the Department of International Economics at the John Paul II Catholic University of Lublin, Poland. With an advanced Ph.D. in Economics, Jóźwik is broadly interested in the relationship between economic growth and the process of European integration. Much of his recent research, which has been supported by the Konrad Adenauer Foundation, focuses on the relationship between economic growth and energy consumption and security. His publications, such as the co-edited volume Eastern Poland: Development Challenges (Instytut Europy Środkowo-Wschodniej, 2013), can be considered development studies. At the Catholic University of Lublin, he teaches international economics, European economic integration, and international trade.