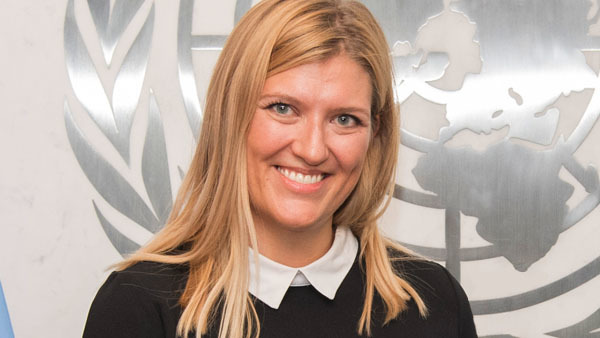 Beatrice Fihn holds a law degree from the University of London. Prior to serving as ICAN’s executive director, she managed the disarmament program at the Women’s International League for Peace and Freedom and the Reaching Critical Will project. She also worked for the Geneva Centre for Security Policy.

Her lecture will focus on the threat of nuclear war, exacerbated by heightened tensions and rhetoric between the United States and North Korea. She will also address the rationale and import of ICAN’s call for a ban on nuclear weapons. ICAN, a coalition of non-governmental organizations in 101 countries, was awarded the Nobel Peace Prize for their advocacy work to promote the passage of the Treaty on the Prohibition of Nuclear Weapons, adopted at the United Nations in July 2017 by 122 countries (not including the United States).

“The belief of some governments that nuclear weapons are a legitimate and essential source of security is not only misguided, but also dangerous,” Fihn said in her Oct. 6, 2017, Nobel Prize acceptance speech. “This is a time of great global tension, when fiery rhetoric could all too easily lead us, inexorably, to unspeakable horror. … If ever there were a moment for nations to declare their unequivocal opposition to nuclear weapons, that moment is now.”

The lecture is free and open to the public. It will also be livestreamed below.

Livestream of Beatrice Fihn’s lecture (will be live on April 17 at 4 p.m.)

About the Hesburgh Lecture in Ethics and Public Policy